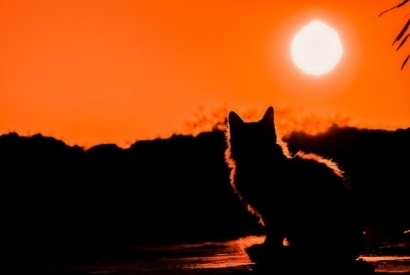 Here at Meyou, we knew that cats were real characters long before Grumpy Cat took the Internet by storm! Whether it involves watching their antics online or simply in real life, we’re crazy about our furry companions. Our companionship with cats dates back thousands of years and, as you’ll see from the impressive figures below, this bond is becoming increasingly closer.

There are 13.5 million cats in France

In case you didn’t already know, the French love cats! With 13.5 million domesticated cats (compared to 7 million dogs), France has the highest number of cats in Europe. Germany comes in close behind with 13.4 million cats (although the German population is higher), followed by the United Kingdom (8 million cats) and Italy (7.4 million). On an international scale, however, the United States is way ahead with over 75 million cats!

More than 10,000 years of companionship between cats and humans

It has long been thought that the domestication of cats dates back to roughly 2000 BC—or more than 4,000 years ago—to the time of the ancient Egyptians. However, the archaeological discovery of the remains of a cat in the tomb of a child in Cyprus dating from 7500 BC has considerably lengthened the presumed duration of the relationship between cats and humans. A recent paleogenetic study carried out by researchers at the Institute Jacques-Monod has revealed a bit more about this relationship. According to their research, it began in Mesopotamia, the cradle of agriculture, where cats were first attracted to villages because of the large numbers of rodents drawn there as a result of grain stores.

In the war between canned and dry food, dry food comes out on top! According to a French survey carried out by Ipsos-SantéVET, 83% of French cat owners feed their cats dry food—it’s less expensive and deemed by many to be far more practical—, while 36% of cat owners answered that they feed their cats canned food. Other information recorded: 45% of cat owners choose food that is specially formulated to meet their cat’s health requirements (post-sterilisation, gluten-free, etc.), 10% of cat owners buy organic or natural cat food, and 6% prepare their cats’ food themselves.

The most expensive cat in the world was without a doubt of the Ashera breed, which could cost up to $125,000! And yes, we’re using the past tense because this breed of cat no longer exists, or rather never really existed! Marketed by US company Lifestyle Pet as a cross between the African serval, the Asian leopard cat, and a domestic housecat, this hybrid breed turned out to be nothing more than a very profitable scam. Indeed, in 2008, DNA tests that were carried out on alleged “Ashera” cats showed that they were in fact Savannah cats, an existing cat breed that, despite not being cheap (kittens can cost between €2,500 and €7,000), were still far less expensive!

€144: The average annual budget for a cat

According to figures presented by the Paris Animal Show, the French spend an average annual amount of €144 on their cat, 76% of which goes towards food. This figure is much lower than the amount spent by dog owners, however, whose annual budget comes to €236 per dog (76% of which is spent on food). Veterinary expenses can hike up the bill, however: the same survey found that 52% of French people spend over €500 on their pet’s health each year.