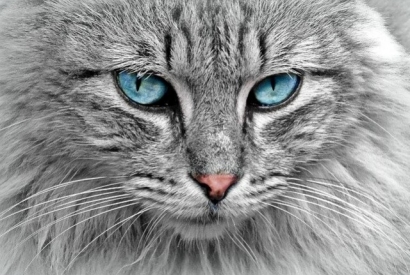 Sterilization or castration of the cat eliminates the inconvenience associated with hormonal changes. For the female, for example, this eliminates the heat or even avoids unwanted pregnancy. For the male, the goal of this castration is to reduce the number of reproductions during outings and to avoid behaviors such as urine marking. Castration also helps to avoid many health problems. Meyou first offers to show you what are the differences between castration or oophorectomy and sterilization in females and males. In a second step, the reasons why it is necessary to neuter your cat and finally what are the tips for the castration of your cat.

1. Differences between castration (oophorectomy in the female) and sterilization, in the male cat and in the female.

What is sterilization in cats?

It is a surgical procedure that suppresses the reproductive function of the animal, while retaining his various hormonal functions.

Sterilization is only rarely used by veterinarians, because it does not suppress the hormonal functions which give rise to all unwanted behavior. Sterilization can also be done in the male and not only in the female.

What is castration in cats?

Castration is the surgical removal of the testes in the male and the ovaries in the female, negating both the reproductive and hormonal function of the cat.

During the castration of your male or female cat, no more reproduction is possible, and the presence of sexual behavior is removed.

2. Why castrate your cat?

Castration in the male: the removal of the testicles

The cat that has been spayed marks its territory less with urine jets and also helps to avoid running away.

Castration in the female: ovariectomy or removal of the ovaries

This helps reduce or eliminate unwanted behavior from your female. For example, heat, meowing, urination but also the risk of having a litter. It also helps to avoid health problems such as the risk of breast tumor and also eliminates the risk of serious infections of the uterus (pyometra). For both males and females, life expectancy is increased after this operation.

3. Our advice for castration

Castration is an irreversible intervention. Your cat's metabolism changes after the operation and the risk of being overweight increases. Care should therefore be taken not to give neutered cats too much food or to give them less calorie food in order to avoid being overweight. Also play regularly with your cat, to give him enough physical activity. Meyou offers cat toys to promote its activity.

You can neuter your male or female cat when it has reached sexual maturity, so at an age of 6 to 8 months.