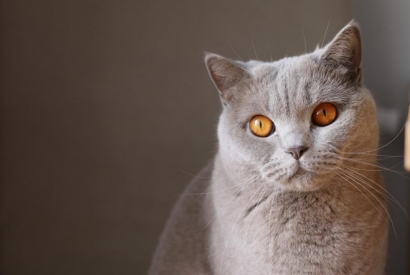 Between kitty and his food bowl, the relationship can sometimes be complex. He loudly demands his meal ... Then he is seen to move away from it haughtily, after having sniffed only a few seconds! Rather frustrating, right ? And in front of this little drama of everyday life, one can wonder: how can this refusal be explained ? And how should we react ? Here are some explanations and tips that can help you deal with this type of situation.

A case of smell rather than taste

Regarding his food, Kitty’s tastes rest much on his smell. The capacities of his papillae are indeed much less developed than those of humans. Also, unlike us, cats do not perceive the sweet taste and actually tend to reject it.

To stimulate the appetite of your cat, you should firstly put forward fragrant dishes. Wet-canned cat food taken out of the refrigerator (the cold reduces odours) and kibble that have gone stale  are to be avoided. Also make sure that his bowl remains clean: old oxidised food remains are not attractive to cats either ! However, avoid the dishwasher to clean it, because its smell could inconvenience the delicate nostrils of your pet.

Habits that are adopted early on

Cats have a reputation for being complicated with food. What if you were to blame ? The appetite of cats is in fact much like the way they were used to eating, especially when they were very young. If Kitty received very young a varied food he will be more likely to appreciate the changes in his diet when fully grown.

Always giving the same food to your cat can nevertheless prove to be more practical and, as long as an healthy diet is chosen, will not actually cause any particular problem. Yet because cats generally like they routine, any change in odour or texture in their usual diet can nevertheless disrupt them. If you wish for your cat to go on a different diet it will be necessary to gradually integrate the new foods with his usual food. The transition can take several weeks …

Sometimes when a cat refuses his food, it is simply a mere caprice. In this case, do not give up immediately: try to leave your food for 30 minutes and if it does not work try again after a few hours.

Perhaps it is also that he simply is not hungry enough? Cats are nibblers: they can make ten small meals over a period of 24 hours. It is better to allow them to access small rations throughout the day. chat gamelle patee
All these reasons will not always explain why Kitty walks away from his meal. Each cat has a particular history and tastes. Moreover if your cat is really too difficult to the point where he eats too little, it will be necessary to consult a veterinarian. He can then verify that he has no health problems (teeth pain, anxiety, respiratory affection ...) and give you appropriate advice.